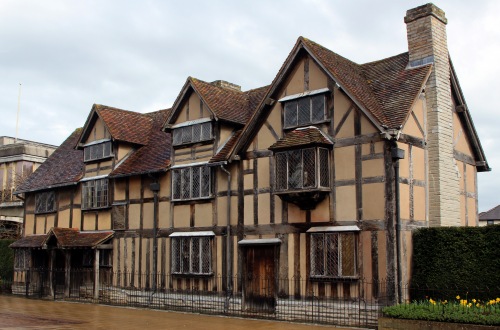 William Shakespeare would be growing up here in Stratford upon Avon a century after the time of the Wars of the Roses documents.The Paston Letters were discovered in the 18th Century; so they could not have been used by Shakespeare as a source for his plays. But because the Letters provide such a detailed account of life in the 15th century, they can provide a unique background to Shakespeare’s Henry IV, Henry V, Henry VI and Richard III sequence of plays.

However, the Letters provide more than just background material. They also provide accounts of key events such as the illness of Henry VI, the war with France and Jack Cade’s rebellion, as well as details about the battles of St Albans, Towton, Barnet and Bosworth. The elder sons of John Paston (1421-1466) were involved at the court of Edward IV, with the Woodvilles, the Earl of Oxford and the Dukes of Suffolk and Norfolk. Sir John Fastolf also figures prominently in the narrative.

Over 100 of the Paston Letters involve Sir John Fastolf, who represents two points of interest. His career is of great significance to the history of the 100 Years War. Fastolf was one of the leading commanders in France, was involved in the battles with Joan of Arc and was later with Henry V at the siege of Harfleur. Fastolf emerged from the War having amassed a great fortune – a fortune which included the magnificent Caister Castle, which was initially and controversially inherited by his relative and lawyer, John Paston.

Prince Hal at Stratford. In reality, John Fastolf was a reliable captain to Henry V and then to the Duke of Bedford.The other interest in Fastolf lies in the reason why Shakespeare decided to corrupt both the old knight’s name and character to develop, in his early History plays, the rather decadent figure of ‘Falstaff’. This choice had much to do with avoiding problems with the family of Sir John Oldcastle – the figure Shakespeare originally chose for the role – who were unhappy about the way Oldcastle was portrayed. The original Fastolf was long dead and provided a convenient remedy.

The Paston Letters provide accounts of the demise of Henry VI and the descent into the Wars of the Roses. The Pastons themselves strove to avoid being identified too closely with either of the Houses of York or Lancaster. John Paston took the risk of declining a knighthood in order to avoid attending the Battle of Towton in 1461. The Duke of Norfolk’s subsequent success at Towton led to the Pastons’ temporary loss of Caister Castle. Earlier, The Earl of Oxford, a Lancastrian, had supported the Pastons in their struggles against the Duke of Suffolk at Gresham Castle. A later Duke of Suffolk, also a prominent Yorkist, seized the Pastons’ manor at Hellesdon in 1465.

Arrow wound in the arm

The Pastons couldn’t avoid involvement in the war for ever, and in 1471 they fought for Oxford at the Battle of Barnet. The younger Paston received an arrow wound in the arm. Fighting for the defeated Lancastrians required a pardon from the Yorkist King Edward IV – and a time of military service at Calais as penance. 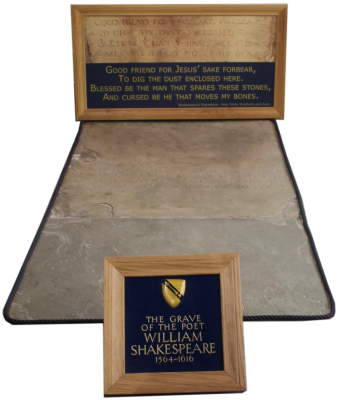 Sir John Fastolf might have been less than respectful on visiting Shakespeare's grave.In the late 1470s, with the final securing of Caister Castle, the Pastons had consolidated their position and the recognition at court that this had required. The younger John Paston had become head of the family in 1479 and was an increasingly influential figure in East Anglia. Around 20 Letters from this time also provide a narrative for the career of the future Richard III.

The younger John Paston was sufficiently confident to decline The Duke of Norfolk’s invitation to join him at Bosworth in 1485. The success at Bosworth of the Pastons’ old ally Oxford was of great advantage to the family. Later, in 1487 John Paston was knighted on the battlefield at Stoke and subsequently given a prominent role at the wedding of Prince Arthur and Katherine of Aragon in 1501.

Norfolk had endured its own level of the lawlessness that accompanied the period of the Wars of the Roses. The rise of the Paston family in East Anglia had put them into conflict with two of the great Yorkist nobles, the Dukes of Norfolk and Suffolk. It was a conflict that was initially decided by arms but ultimately and successfully by the skills of the Pastons as lawyers and courtiers.

The eventual triumph of the Pastons’ patron, Oxford, sealed the family’s success during this period, a success which took them from the lowest to the highest ranks of society. If Shakespeare, when he was crafting his plays of the time, had known of the family’s exploits, one suspects that he would have approved of their example and would have given them a mention!